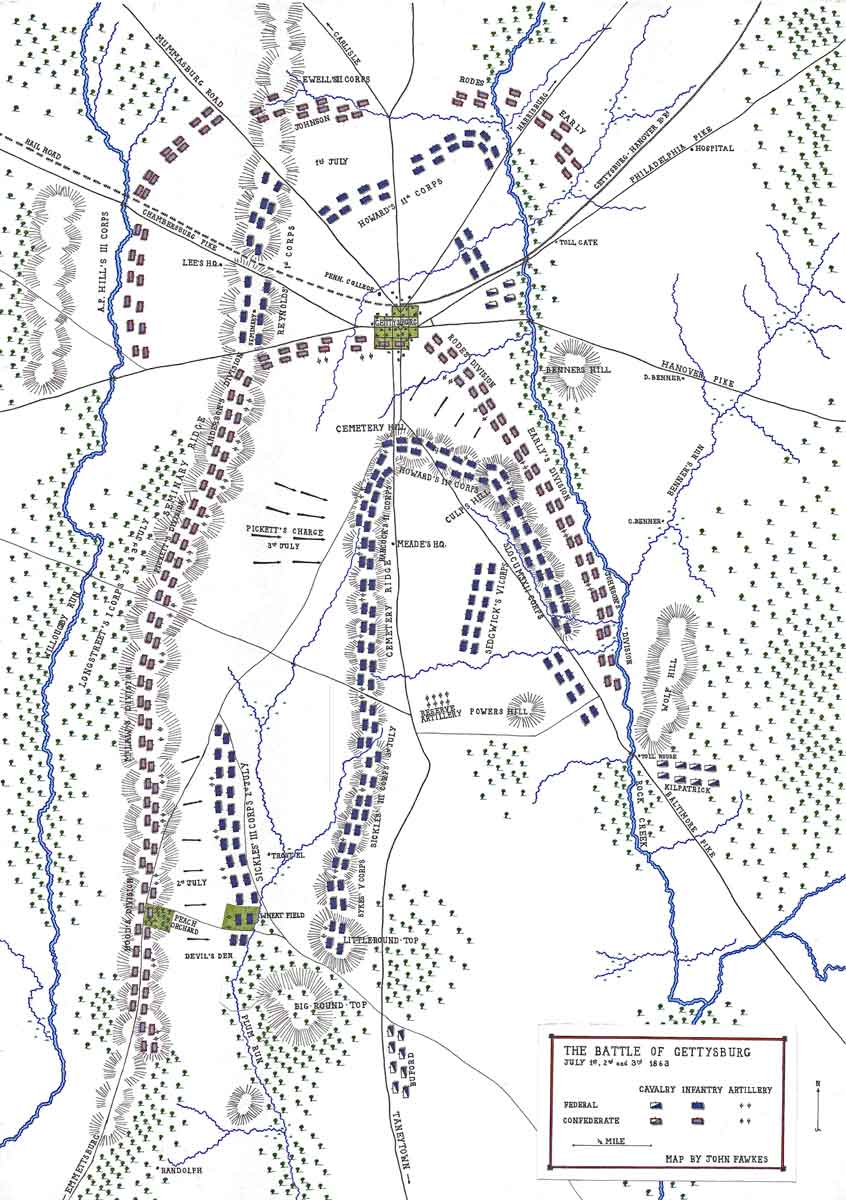 Map of the Battle of Gettysburg on 1st to 3rd July 1863 in the American Civil War: map by John Fawkes

The following battles of the American Civil War are described and illustrated under this title:

First Battle of Bull Run: The first major battle of the American Civil War, fought on 18th July 1861; a crushing defeat for the Federal North and a major victory for the Confederate South.

Battle of Shiloh: The two-day Battle of Shiloh or Pittsburg Landing, fought on 6th and 7th April 1862, that ended, after such high Confederate hopes, in their defeat, staggering the American nation by the carnage.

Battle of Antietam: The Battle of Antietam or Sharpsburg, fought on 17th September 1862 and considered to be a Federal victory, bringing the Confederate 1862 invasion of Maryland to an end and giving President Lincoln and the Federal Congress the opportunity to issue the proclamation emancipating slaves throughout the United States of America, both North and South. 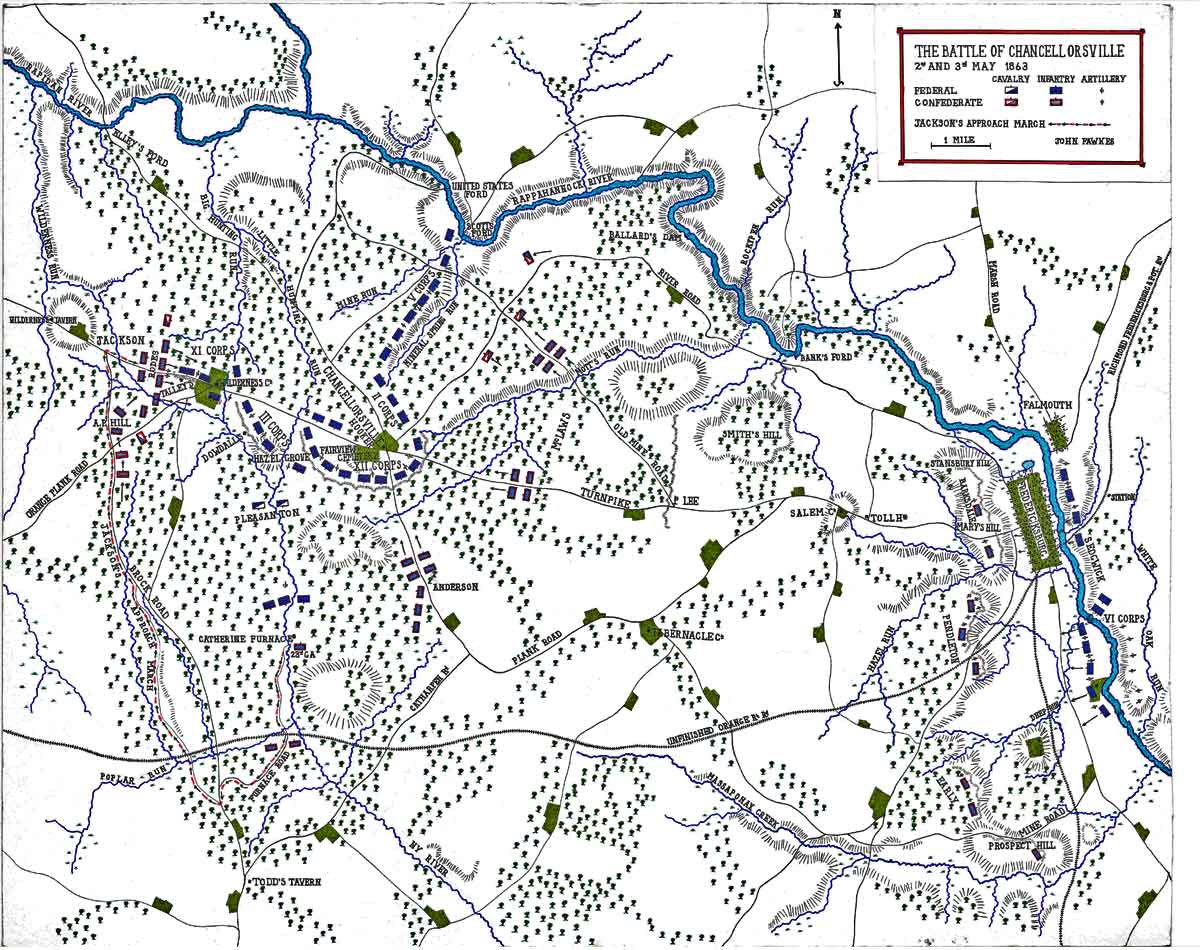 Map of the Battle of Chancellorsville on 2nd and 3rd May 1863 in the American Civil War: map by John Fawkes