Frederick the Great’s first victories over the Austrians after invading Silesia and incorporating it into the Prussian State; 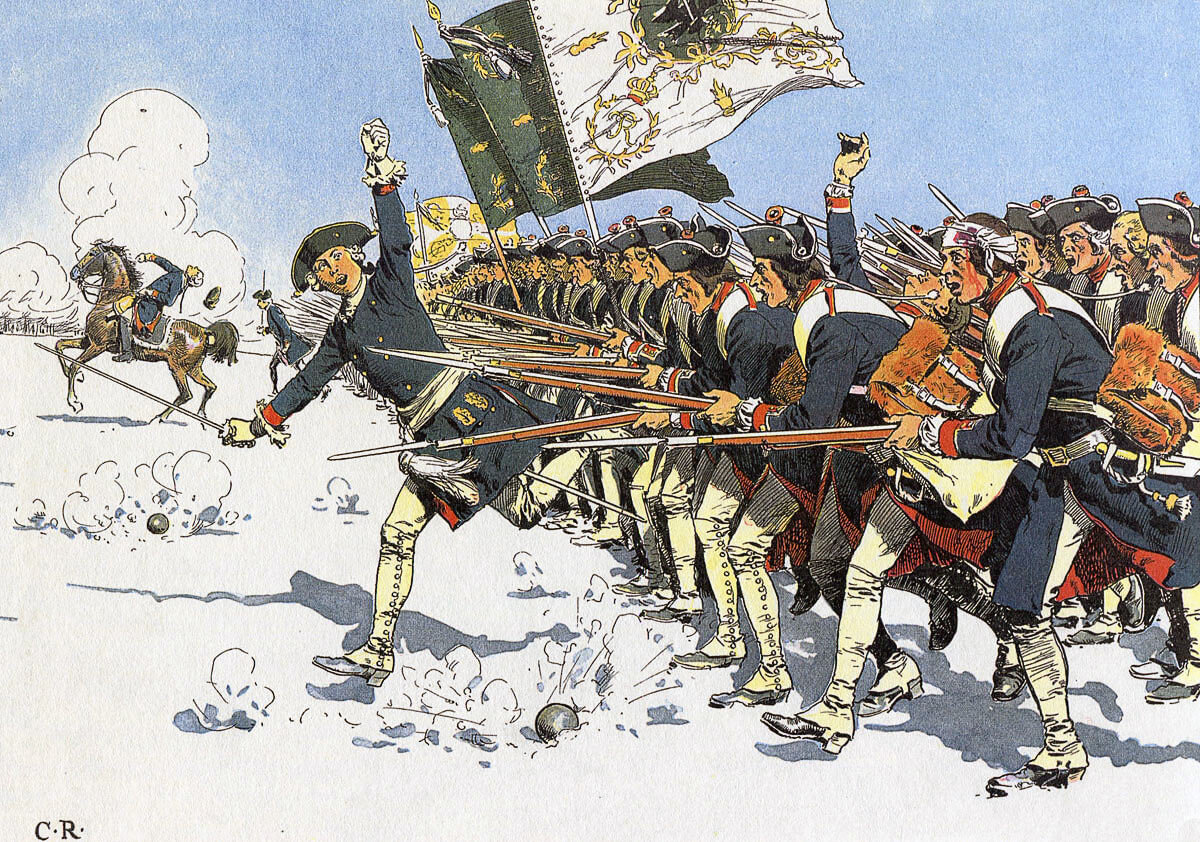 Prussian infantry assault at the Battle of Mollwitz on 10th April 1741 in the First Silesian War: picture by Carl Röchling

Battle of Mollwitz: The first battle of Frederick the Great’s long struggle to conquer Silesia from the Austro-Hungarian Empire; a battle fought on 10th April 1741 and won by the incomparable Prussian infantry.

Battle of Chotusitz: Frederick the Great’s second victory over the Austrians in a confused ‘encounter battle’ fought on 17th May 1742.