The following battles of the Great Boer War are described and illustrated under this title: 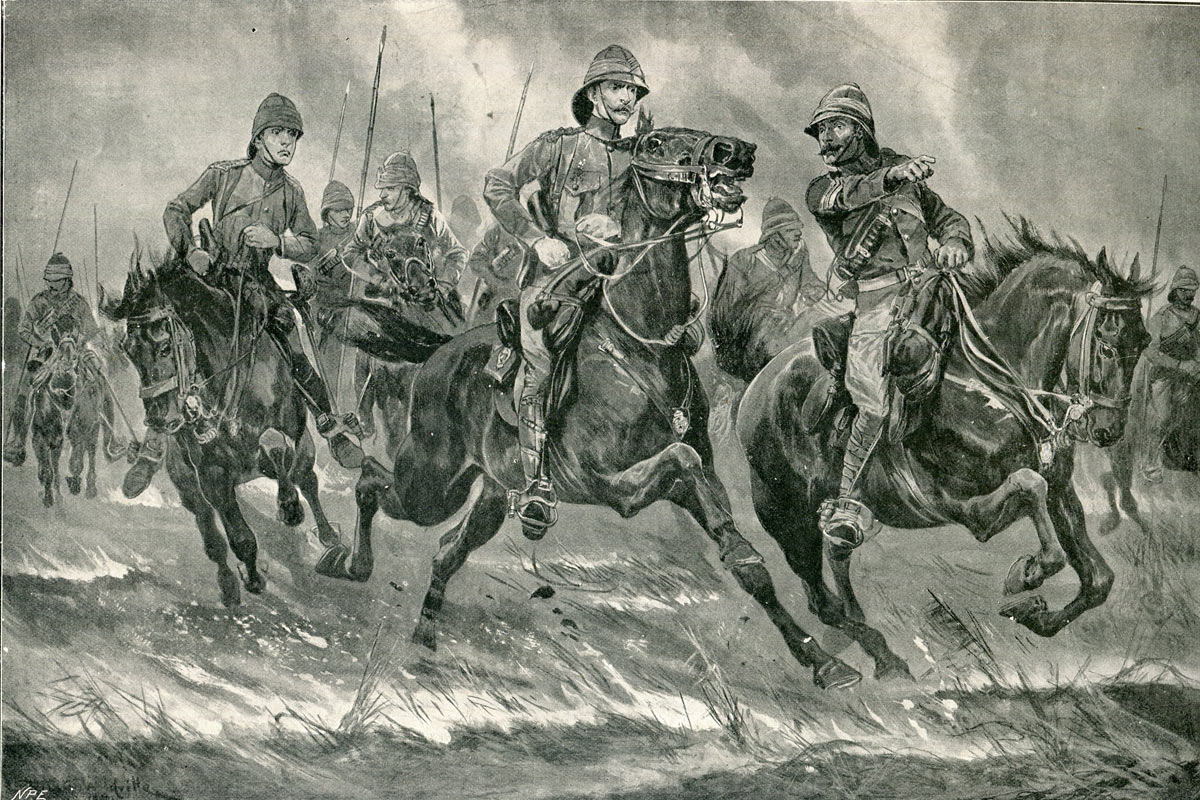 Battle of Belmont:  Fought on 23rd November 1899 in the Great Boer War, beginning the British advance to relieve Kimberley, besieged by the Boers. Podcast on the Battle of Belmont

Battle of Colenso:  Buller’s disastrous first attempt to cross the Tugela River in Natal and relieve Ladysmith, on 15th December 1899: last of the three battles of ‘Black Week’. Podcast on the Battle of Colenso

Battle of Val Krantz:  The third unsuccessful attempt by Buller to push across the Tugela River and relieve Ladysmith, fought on 5th February 1900. Podcast on the Battles of Val Krantz and Pieters

Battle of Pieters:  The final battle fought by Buller’s Natal Field Force on 14th February 1900, leading to the relief of Ladysmith and the Boer retreat from Natal.  Podcast on the Battles of Val Krantz and Pieters

Siege of Mafeking:  The siege of the railway town on the Bechuanaland border, from 14th October 1899 to 16thMay 1900, that fired the British imagination with its resourceful defence by Robert Baden-Powell, founder of the Scout Movement. Podcast on the Siege of Mafeking

Siege of Kimberley:  The siege of the diamond-mining town in the north-west of South Africa, between 14th October 1899 and 15th February 1900, whose relief dominated the strategy of the western British forces. Podcast on the Siege of Kimberley

Siege of Ladysmith:  The siege in Natal that ensnared a British army from 2nd November 1899 to 27th February 1900, but blocked the Boer invasion of the colony. Podcast on the Siege of Ladysmith 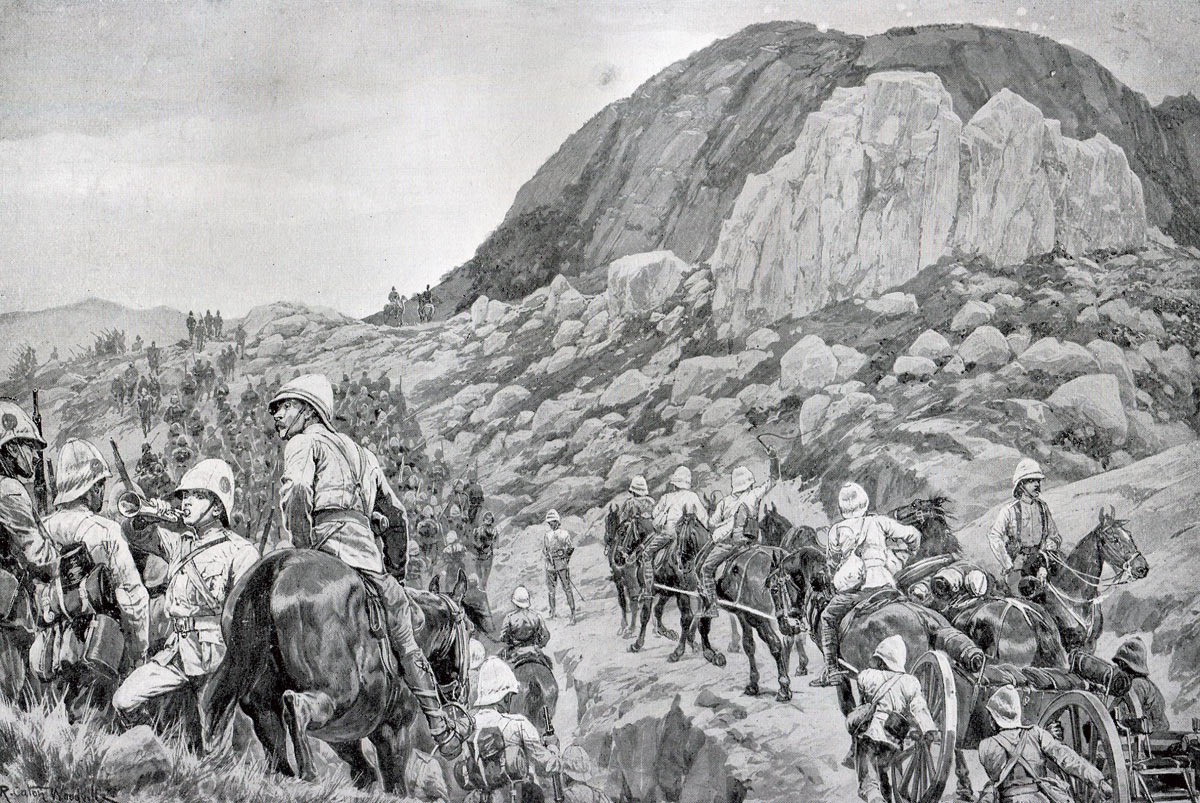 The Advance up Spion Kop: Battle of Spion Kop on 24th January 1900 during the Great Boer War: picture by Richard Caton Woodville 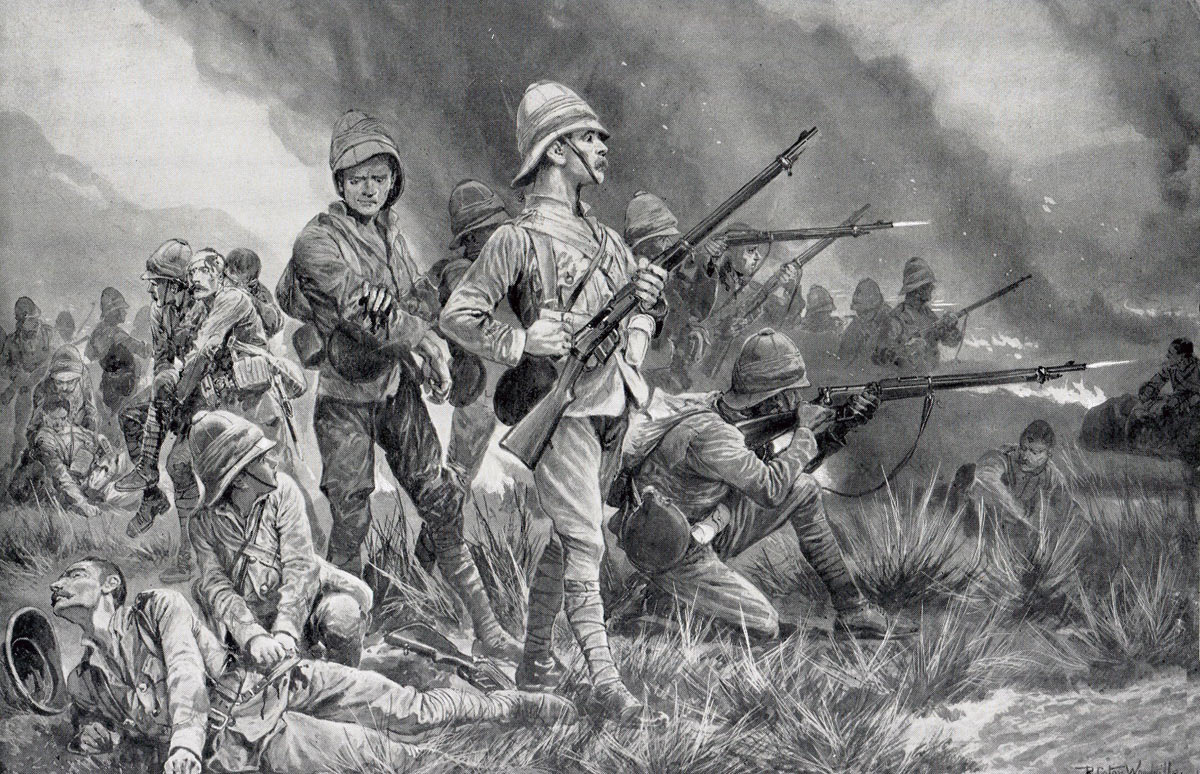 The Grenadier Guards at Biddulphsberg: picture by Richard Caton Woodville