The action in which a substantial part of the 2nd Connaught Rangers was lost, while carrying out rearguard duty for the BEF: and at which the escaper, author and intelligence officer, Captain ‘Hoppy’ Hardy was captured by the Germans 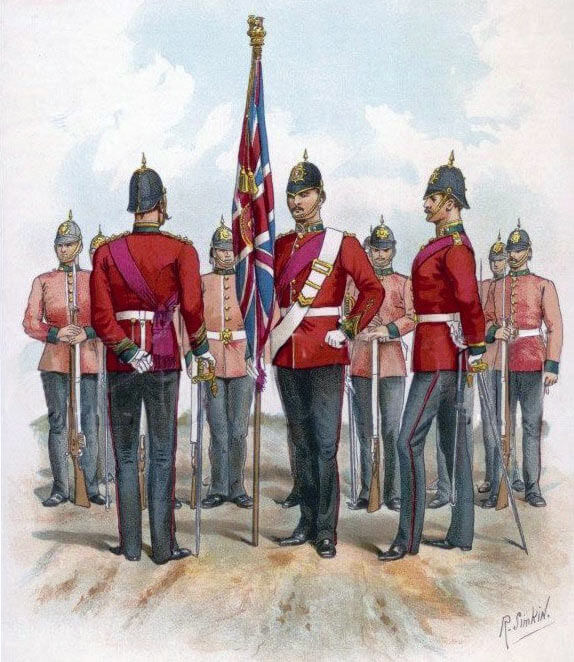 Colour Party of the Connaught Rangers: Battle of Le Grand Fayt on 26th August 1914 in the First World War: print by Richard Simpkin

Place of the Battle of Le Grand Fayt: In the North of France

Contestants at the Battle of Le Grand Fayt: 2nd Division of I Corps of the British Expeditionary Force (BEF): comprising 4th (Guards) Brigade and 5th and 6th Brigades, with supporting units of artillery (XLI RFA Brigade) and cavalry with 3rd and 5th Cavalry Brigades, against the German III Corps of General von Kluck’s First Army, comprising 5th and 6th Divisions and the German Guard Cavalry Corps.

Size of the Armies at the Battle of Le Grand Fayt:

Winner of the Battle of Le Grand Fayt: 2nd Connaught Rangers was overtaken by the pursuing German Army and lost a significant number of men, including the commanding officer, captured.

Uniforms and equipment at the Battle of Le Grand Fayt:

Background to the Battle of Le Grand Fayt:

Following the fighting along and behind the Mons Canal on 23rd and 24th August 1914, the BEF retreated south before the oncoming German First Army; II Corps and the Cavalry Division taking the route to the west of the Forest of Mormal, a dense area of woodland, 10 miles from north to south and 6 miles across; I Corps marching down the route of the Sambre River to the east of the forest.

On the night of 25th August, units of I Corps halted at the villages of Noyelles (5th Brigade and XXXVI Brigade RFA), Maroilles and Pont sur Sambre (6th Brigade and XXXIV Brigade RFA), and Landrecies (4th (Guards) Brigade, XLI Field and XLIV Howitzer Brigades). A troop of 15th Hussars, the divisional cavalry of 2nd Division, occupied the bridge at Maroilles.

During the night of 25th August 1914, the 4th (Guards) Brigade in Landrecies was subjected to extensive attacks by German formations advancing around the southern end of the Forest of Mormal.

6th Brigade fought the Germans for possession of the bridge at Maroilles.

Further to the north east, the 5th Brigade of 2nd Division was given the role of rearguard to the I Corps.

In the early hours of 26th August 1914, the 6th Brigade marched south from Pont sur Sambre, and the 5th Brigade took over the river defences around that town, in turn marching south to Maroilles at around 5.30am. 2nd Connaught Rangers, under Lieutenant-Colonel Abercrombie and XXXIV Brigade RFA acted as brigade rearguard.

The 5th Brigade encountered considerable difficulty in marching south, as there were substantial numbers of French troops moving across the British line of march.

2nd Connaught Rangers set off from Taisnières, a village to the north of the main road running east to west, from Avesne to Maroilles, and reached the main road at a cross roads to the west of Marbaix, in the mid-afternoon of 26th August. Here the pressure of French troops marching on the road caused the battalion to become split; A Company, under Captain Hamilton, managed to follow the rest of the 5th Brigade to the south; B Company was with the Divisional Train, providing an escort. Lieutenant-Colonel Abercrombie, with A and C Companies and Battalion Headquarters, remained at the cross-roads west of Marbaix, forming a defensive position with French troops. Firing could be heard from the direction of Avesnes in the east and Abercrombie made a move in that direction, before moving south again towards Le Grand Fayt, where his detachment formed a defensive position above the village and came under fire.

During the afternoon, Abercrombie pulled back towards Le Grand Fayt, where he expected to find the 5th Brigade HQ.

Captain Leader brought up the rear of the battalion, with a machine gun section and a platoon from D Company. Leader’s small detachment came under attack by a German infantry battalion, was enveloped and overwhelmed, leaving Leader dead and 2 other officers wounded and captured with the rest of the detachment.

Abercrombie was informed by a French civilian that there were no Germans in Le Grand Fayt. In fact, troops of the German Guard Cavalry Corps were in the process of occupying the village. The Connaught Rangers entered Le Grand Fayt and were immediately enveloped in heavy fighting; both sides apparently take by surprise by the presence of the other. The Connaught Rangers became further split. Major Sarsfield and Lieutenant de Stacpoole got through Le Grand Fayt and managed to join up with the rest of the battalion to the south. 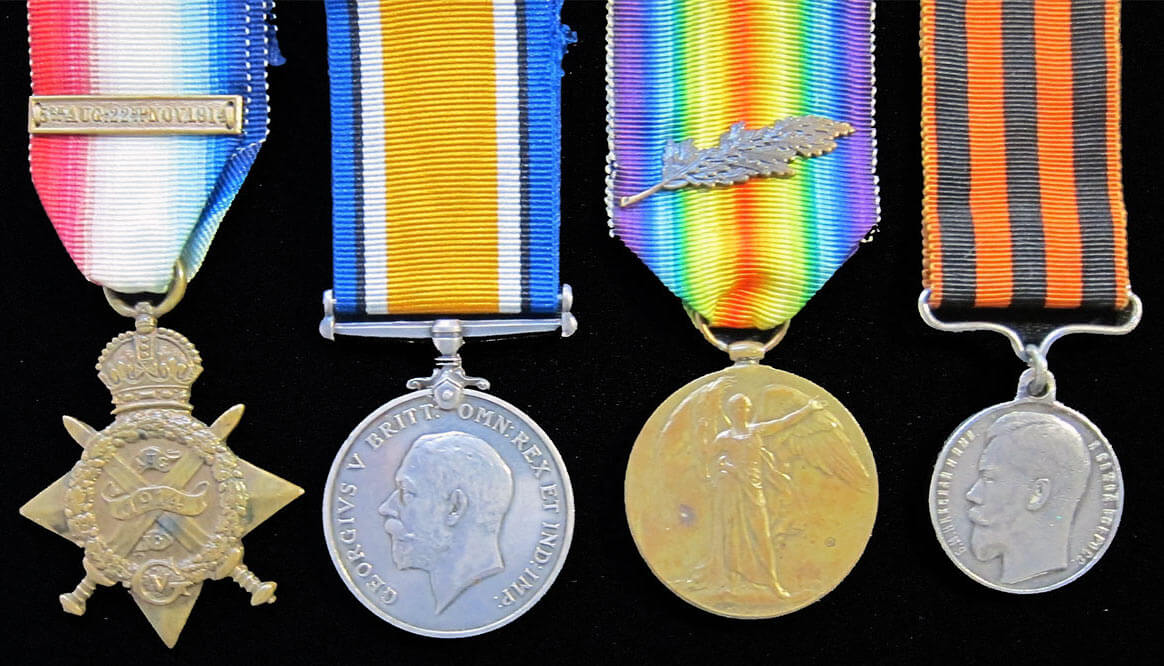 Abercrombie, with the rest of the group, got through the village and took up a defensive position on the far side, but the presence of numbers of German troops forced Abercrombie to take his men to the north-west instead of south.

They reached Maroilles and, with the troops in a state of exhaustion, spent the night in two houses being used as British and French military hospitals, Abercrombie and 30 men in one and Captain Roche, Lieutenant Hardy and 19 men in the other.

Various solders from C and D Companies managed to evade the Germans and formed up south of Ētreux during 27th August. This remnant was joined by Major Sarsfield who took command, with A and B Companies.

Casualties at the Battle of Le Grand Fayt:

2nd Connaught Rangers lost 5 officers and 284 soldiers, killed or captured, in the course of the fighting in and around Le Grand Fayt.

Aftermath to the Battle of Le Grand Fayt:

The remnant of 2nd Connaught Rangers that got away continued the retreat to the South, with the rest of I Corps. Those captured were, in due course, transferred to camps in Germany.

Decorations and campaign medals for the Battle of Le Grand Fayt:

Captain Jocelyn Hardy received the DSO and MC for his escape attempts and final escape from Germany in 1918.

Anecdotes and traditions from the Battle of Le Grand Fayt:

References for the Battle of Le Grand Fayt:

History of the Connaught Rangers

One of the Connaught Rangers captured at Maroilles was Lieutenant Jocelyn Hardy. Hardy spent the period from August 1914 to March 1918 in a series of escape attempts from German Prisoner of War Camps. The Connaught Rangers History says that Hardy made 9 escape attempts. In 1927 Hardy recorded his escape experiences in his book ‘I Escape’. While the book does not appear to describe all Hardy’s escaping activities, it records 5 escapes, the final one successful. 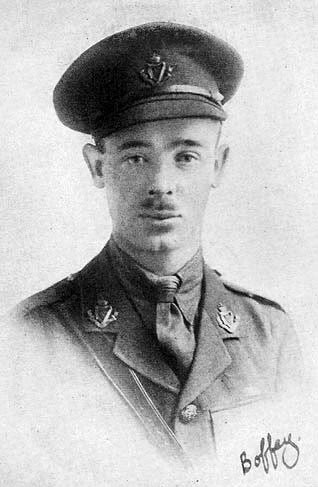 Hardy was incarcerated in these camps:

Torgau: with Major Yate (see the entry on Major Yate on the Battle of Le Cateau) and Captain Roche: 5th September to 16th November 1914.

Torgau Barracks, where Captain Jocelyn Hardy was initially held with Major C.A.L. Yate VC and others.

Camp Scharnhorst, Magdeburg: April to June 1916: Escape; caught and 4 days in cells at Stralsund: tried for murder of a German under-officer and acquitted. The under-officer in fact shot himself when Hardy and his fellow prisoner, a Belgian officer, escaped from his custody during the night.

Solitary confinement in Magdeburg for 2 ½ months: June to August 1916. 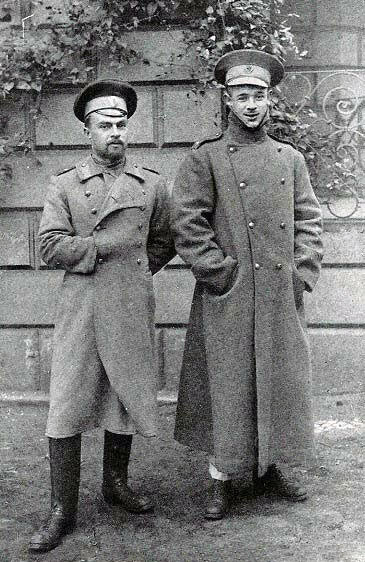 Captain Jocelyn Hardy, on the right, with the Russian officer, Wasilief, with whom he escaped from Augustabad in 1915: Battle of Le Grand Fayt on 26th August 1914 in the First World War

Following the final successful escape, Hardy and his fellow escaper, Captain Loder-Symonds, were received by King George V. Hardy was awarded the DSO and the MC for his escape activities.

Hardy returned to the Western Front, where he served with 2nd Inniskilling Fusiliers. Hardy received a bar to his MC and was severely wounded, losing his left leg.

Hardy learned to use a prosthetic leg, so effectively that he became known as ‘Hoppy’ Hardy.

After the war, during the period of the Irish Civil War, 1920 to 1922, Hardy served in Dublin as an intelligence officer. Hardy acquired a reputation for ruthless interrogation of IRA suspects, allegedly using violence and simulated executions.

The IRA made two attempts to assassinate Hardy. The first was during a trip Hardy made to London. Hardy managed to evade the assassin at King’s Cross and, again, on his return, at Dun Laoghaire. Hardy escaped by boarding a waiting armoured car.

The second attempt was during the IRA operation on ‘Bloody Sunday’, 21st November 1920, when 13 British operatives, several serving army officers, were murdered in their hotels and digs. Again Hardy evaded the IRA. 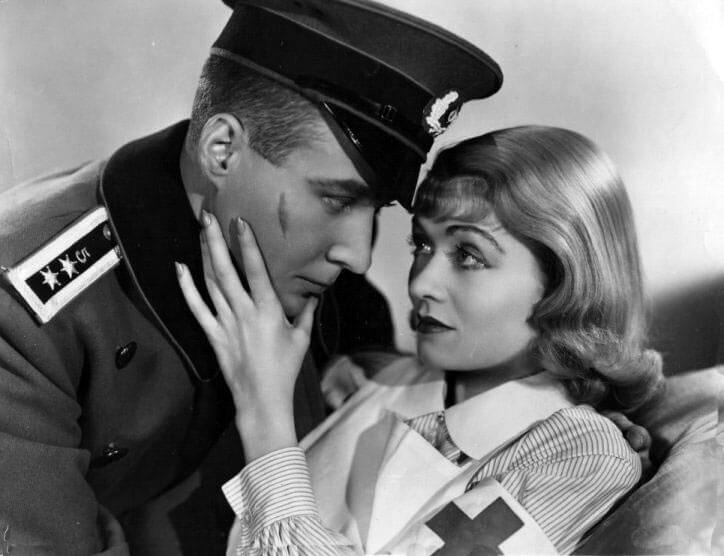 Scene from the film ‘Everything is Thunder’, from the first novel written by Captain Jocelyn Hardy. The novel was based on Hardy’s escape experiences in the Great War: Battle of Le Grand Fayt on 26th August 1914 in the First World War

Hardy became a wealthy man. He bought a farm in Norfolk, Washpit Farm.

In 1937, Hardy made a voyage to Japan, with his wife and two children, on the SS Rawalpindi. The suggestion is that this trip was made at the instigation of British Intelligence, to obtain information on the Japanese Naval Bases at Yokohama and Kobe.

During the Second World War, Hardy commanded a local unit of the ‘Auxiliaries’, the secret organisation established by Churchill as an underground resistance to German occupation.

In spite of his prosthetic leg, Hardy was a keen polo player.