You are here: Home / War in Egypt and Sudan

The following battles of the War in Egypt and Sudan are described and illustrated under this title: 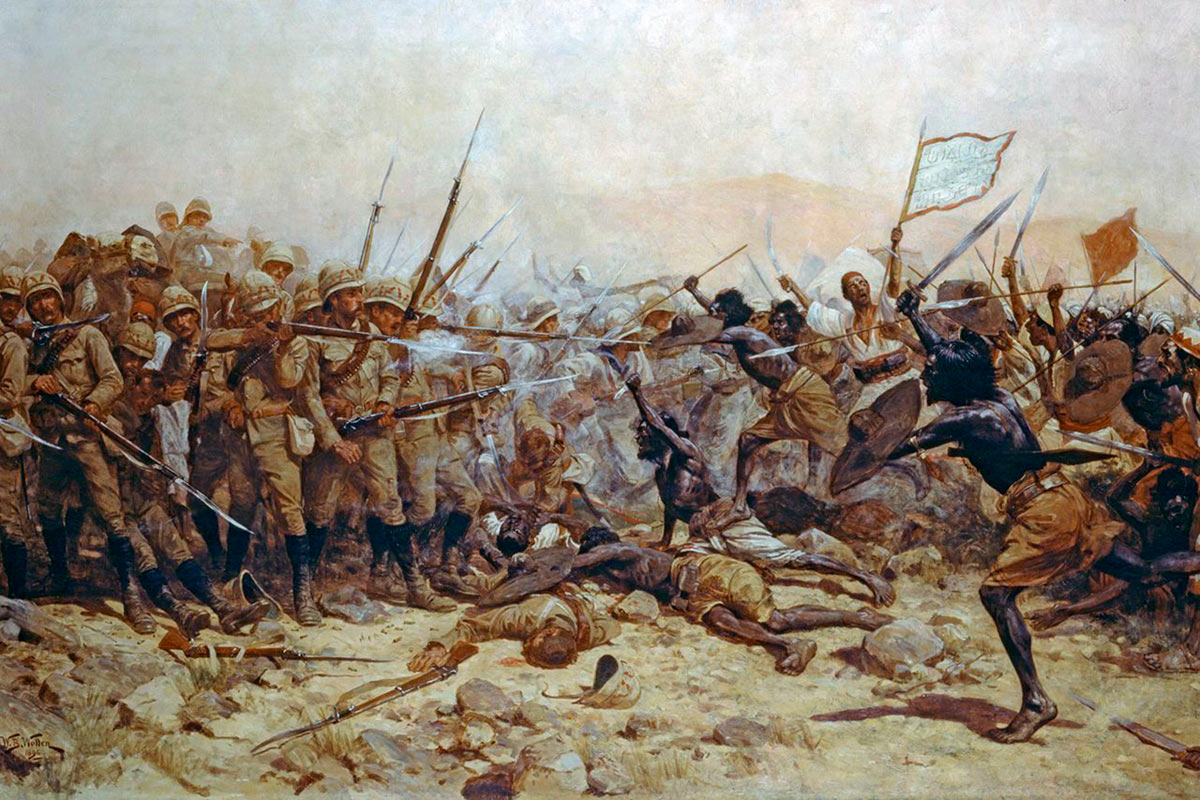 The Mahdist attack on the British square at the Battle of Abu Klea on 17th September 1885 in the Sudanese War: picture by William Barnes Wollen

Battle of Tel-el-Kebir:  General Wolseley’s defeat of the Egyptian Army on 13th September 1882, leading to the occupation of Egypt by Britain and France.

Battle of El Teb:  The first battle of the British army’s involvement in the Sudan, fought on 29th February 1884, using modern firearms against Islamist tribesmen armed largely with spears and swords.

Battle of Tamai:  The second defeat of the Mahdist insurgents under Osman Digna, fought in the Sudan on 13th March 1884.

Battle of Abu Klea:  The quintessential Victorian battle, fought in the Sudan on 17th January 1885 by the lauded ‘Camel Corps’ against the Mahdi’s Dervishes , during the desperate attempt to rescue General Gordon in Khartoum: Celebrated in Sir Henry Newbolt’s poem ‘Vitai Lampada’; …. ‘the sand of the desert is sodden red, red with the wreck of the square that broke; the Gatling’s jammed and the colonel dead and the regiment blind with dust and smoke…….’Play up!  Play up! And play the game!’

Battle of Atbara:  The battle in the Sudan, fought on 8th April 1898, a preliminary to Kitchener’s final advance on Khartoum and the Battle of Omdurman.

Battle of Omdurman:  The British and Egyptian victory over the Khalifa’s Dervishes, fought on 2nd September 1898, that conquered the Sudan and made Kitchener a British national hero. 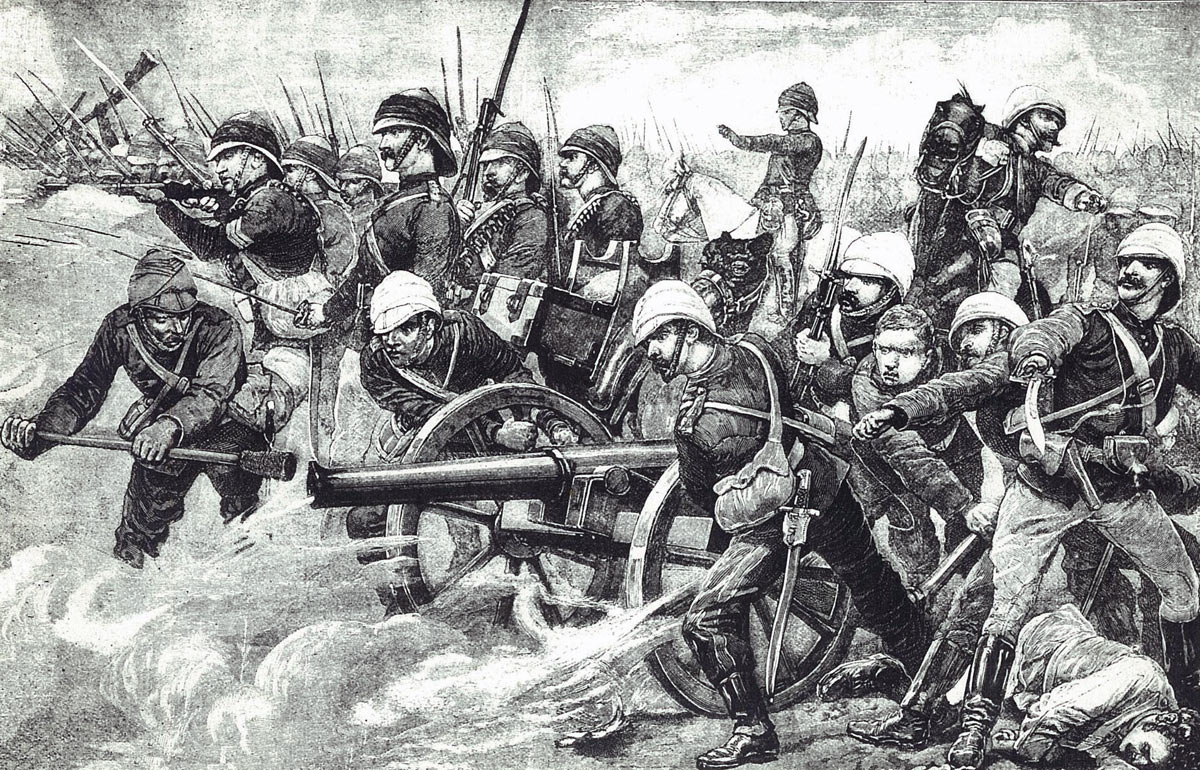