The following battles of the First Boer War are described and illustrated under this title: 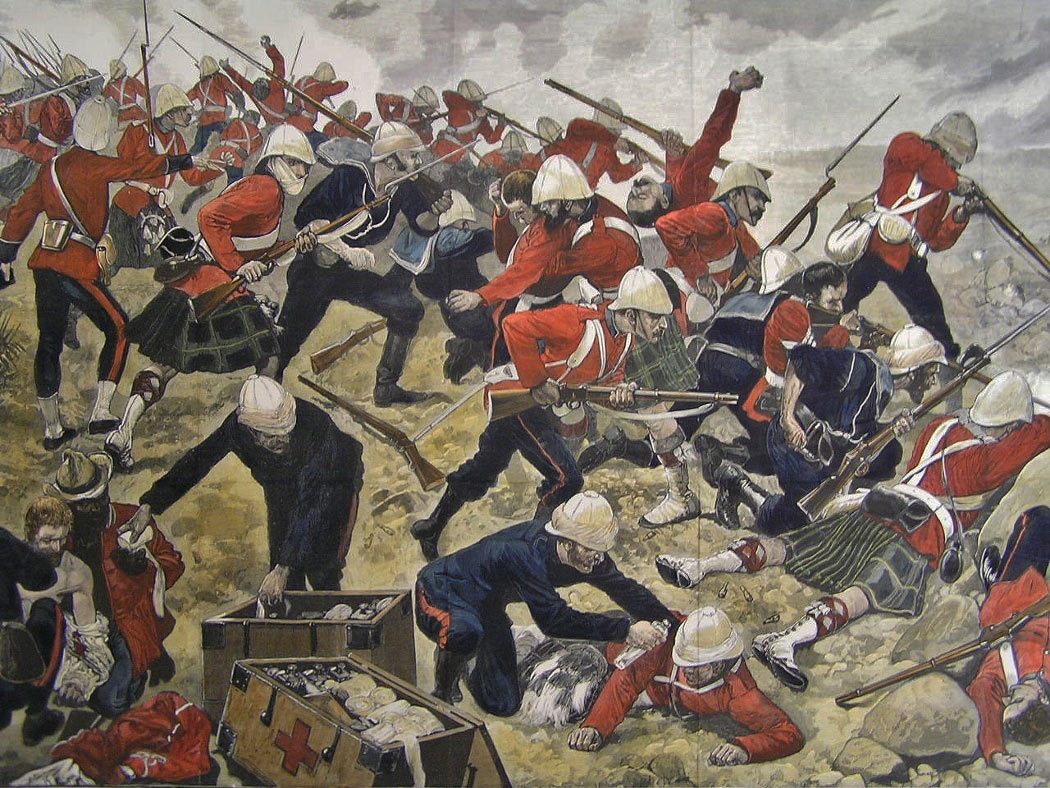 Battle of Majuba Hill on 27th February 1881 in the First Boer War: General Colley is shown on the left: picture by Richard Caton Woodville: buy a black and white version of this picture

Battle of Laing’s Nek:  The first of Britain’s long list of defeats at the hands of the Boers, fought in Natal on 28th January 1881.

Battle of Majuba Hill:  The disastrous British defeat at the hands of the Boers in Natal on 27th February 1881, leading to independence for the two Boer states. 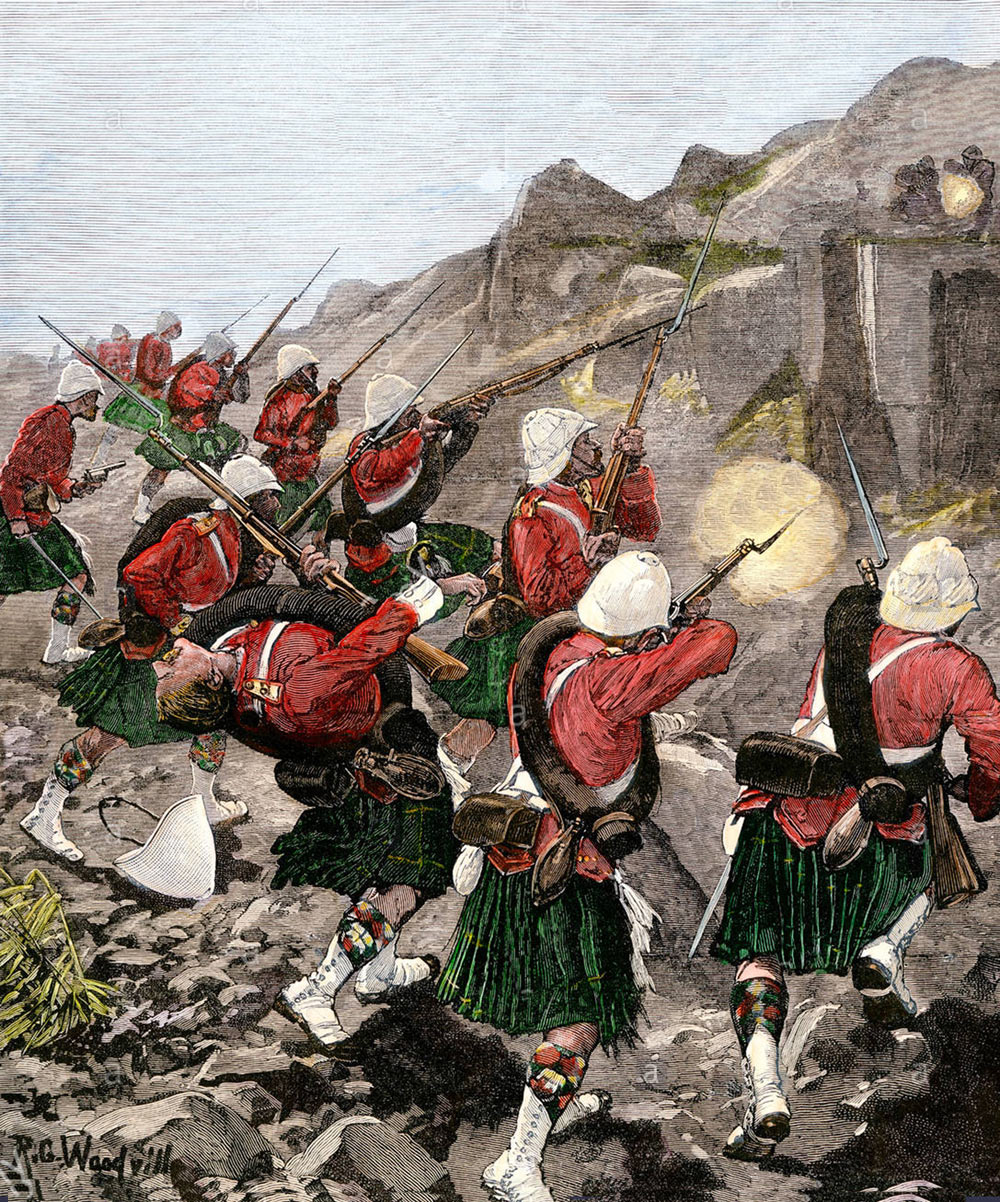 92nd Highlanders scale the hillside at the Battle of Majuba Hill on 27th February 1881 in the First Boer War: picture by Richard Caton Woodville