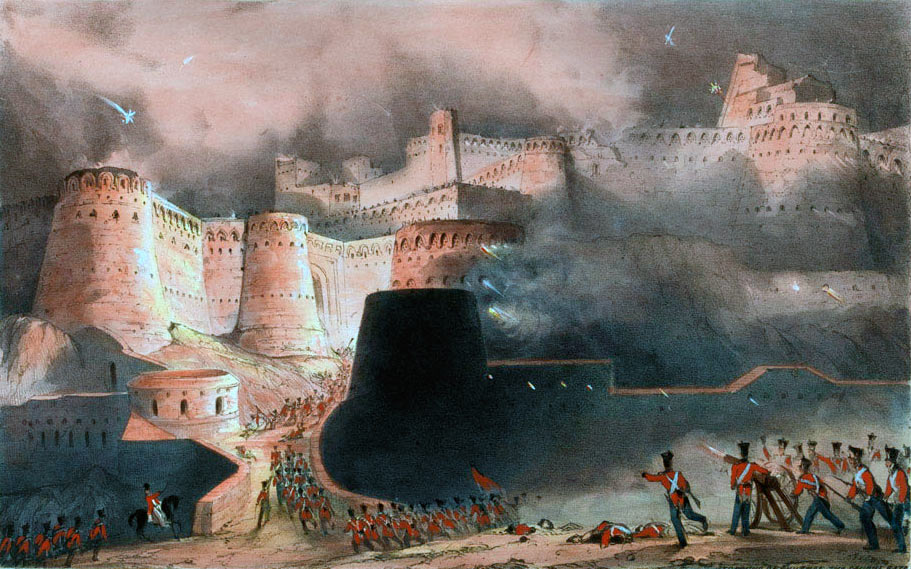 Battle of Ghuznee:  The British capture of the Afghan city of Ghuznee on 23rd July 1839: a successful beginning to a disastrous war.

Battle of Kabul and the Retreat to Gandamak: The disastrous culmination in January 1842 to the British invasion of Afghanistan in the First Afghan War.

Siege of Jellalabad: The successful defence of Jellalabad in 1841 to 1842 that went a little way to restore the British reputation devastated by the Battles of Kabul and Gandamak.

Battle of Kabul 1842:  The revenge taken by the Anglo-Indian ‘Army of Retribution’ against the Afghans between August and October 1842 for the massacres at Kabul and Gandamak. 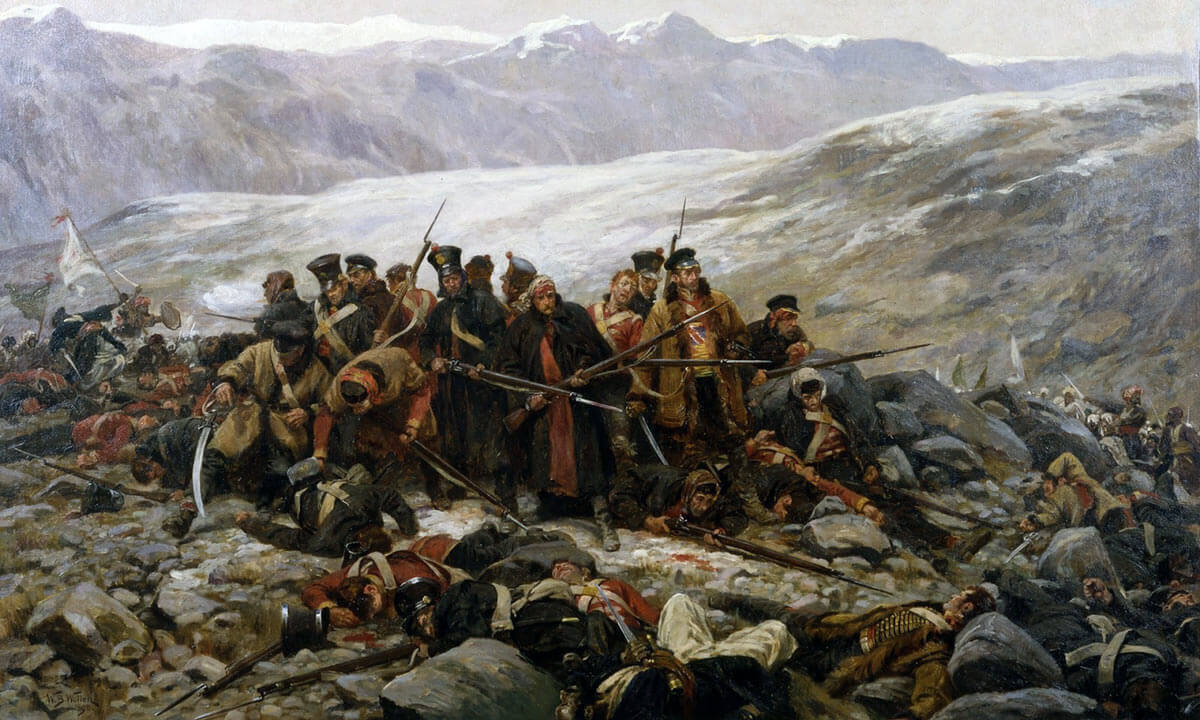 Last stand of the 44th Regiment at the Battle of Gandamak on 13th January 1842 in the First Afghan War: picture by William Barnes Wollen