You are here: Home / Wars of Roman Britain

The following battle of the Wars of Roman Britain is described and illustrated under this title: 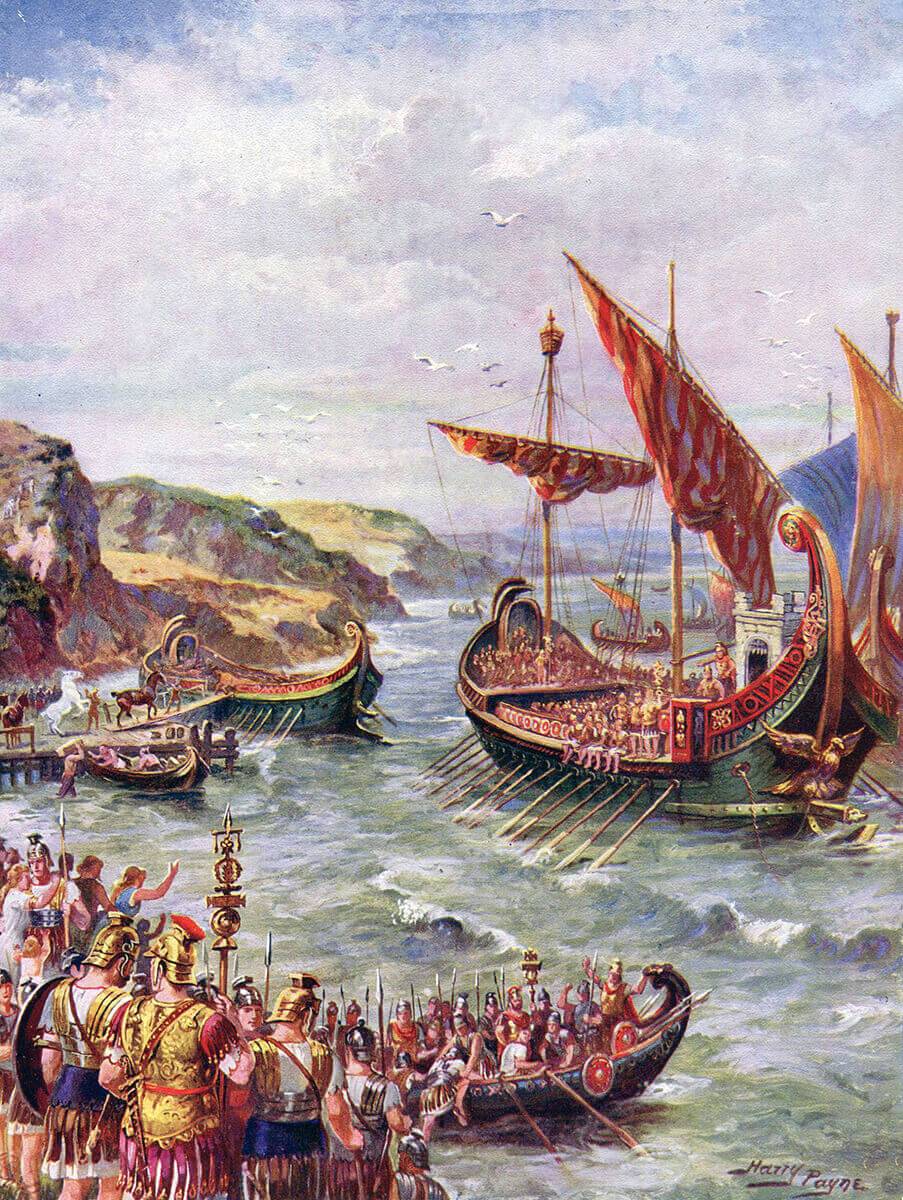 Roman fleet landing on the coast of Britain for the Emperor Claudius’ invasion of Britain. Picture by Harry Payne

Battle of Medway: fought in early June 43 AD between the Romans army commanded by Plautius, Galba, Sabinus, Geta and Vespasian against British tribes led by Togodumnus and Caratacus.