You are here: Home / The Spanish War

The following battle of the Spanish War is described and illustrated under this title: 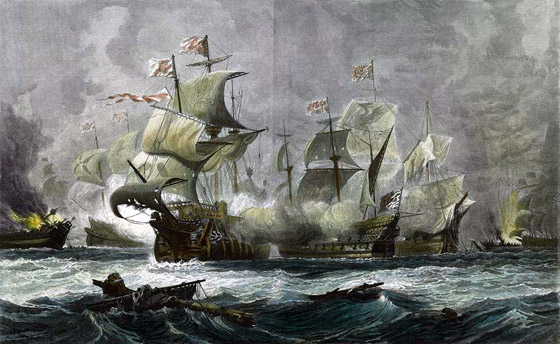 The Spanish Armada:  The spectacular but unsuccessful attempt by King Philip II of Spain to invade Elizabethan England in 1588. The Armada is for the English the classic foreign threat to their country and a powerful icon of national identity.