You are here: Home / American Revolutionary War / Battle of Camden 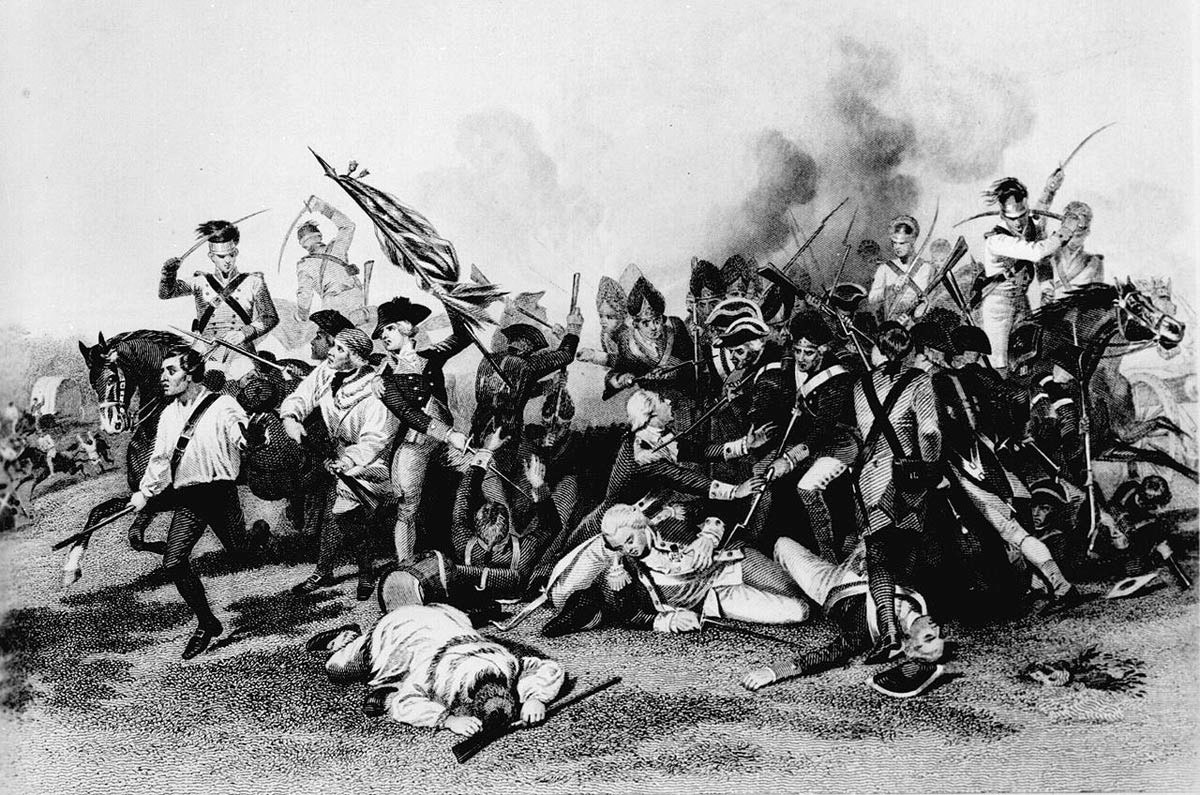 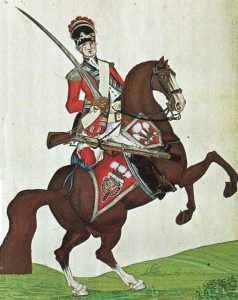 Place of the Battle of Camden: South Carolina, United States of America

Combatants at the Battle of Camden: British and Germans against the Americans 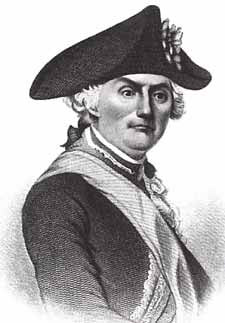 Major-General Horatio Gates, American commander at the Battle of Camden on 16th August 1780 in the American Revolutionary War

Uniforms, arms and equipment at the Battle of Camden: The British infantry wore red coats, with bearskin caps for grenadiers, tricorne hats for battalion companies and caps for the light infantry. The Highland Scots troops wore the kilt and feather bonnet. 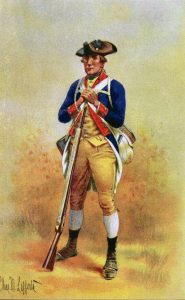 The American troops dressed as best they could. Increasingly, as the war progressed, infantry regiments of the Continental Army mostly took to wearing blue or brown uniform coats.  The American militia continued in rough clothing.

The infantry of both sides was armed with muskets. The British and German infantry carried bayonets.  The Highland Scots troops carried broadswords as an additional weapon.

Steuben insisted that the American Continental troops be issued with bayonets, whose use Steuben’s training dealt with, so that they could meet the British and German infantry on an equal footing in hand to hand fighting.  This took time to implement in full.

Many men in the Pennsylvania and Virginia militia regiments carried rifled weapons, as did other backwoodsmen.  Washington and Steuben were against the use of rifles, as they took longer to load than a smooth bore musket.

Both sides were supported by artillery. 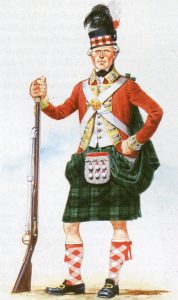 Soldier of a Scottish Highland Regiment: Battle of Camden on 16th August 1780 in the American Revolutionary War

Winner of the Battle of Camden: The British

Background to the Battle of Camden:
In January 1780, Major-General Clinton, after taking over as British commander-in-chief in America from Major-General Howe, took a force from New York and captured Charleston, the provincial capital of South Carolina. Storms during the voyage from New York caused substantial loss of guns and horses.

Clinton returned to New York, leaving to Major-General Cornwallis the task of capturing the rest of South Carolina. 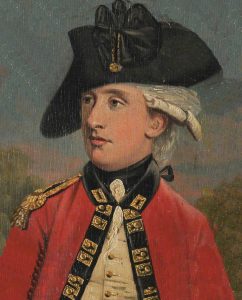 Officer of the Royal Welch Fusiliers: Battle of Camden on 16th August 1780 in the American Revolutionary War

On 18th May 1780, Cornwallis sent Colonel Banastre Tarleton, with infantry and light dragoons, in pursuit of an American force commanded by Colonel Burford. Tarleton overtook Burford at Camden, near the border with North Carolina, and defeated him.

Cornwallis, with the rest of his army, arrived at Camden, which over the next few months became the base of operations for the British in the southern colonies.  Substantial quantities of supplies were assembled in the town.

Cornwallis returned to Charleston, leaving the British troops in Camden under the command of Lord Rawdon.

In July 1780, an American army under Major-General Horatio Gates arrived in South Carolina from the northern colonies, threatening the British in Camden.

Rawdon advanced from Camden to meet the Americans, taking up a position on a creek to the north-east of the town. On Gates’s approach Rawdon fell back into Camden. 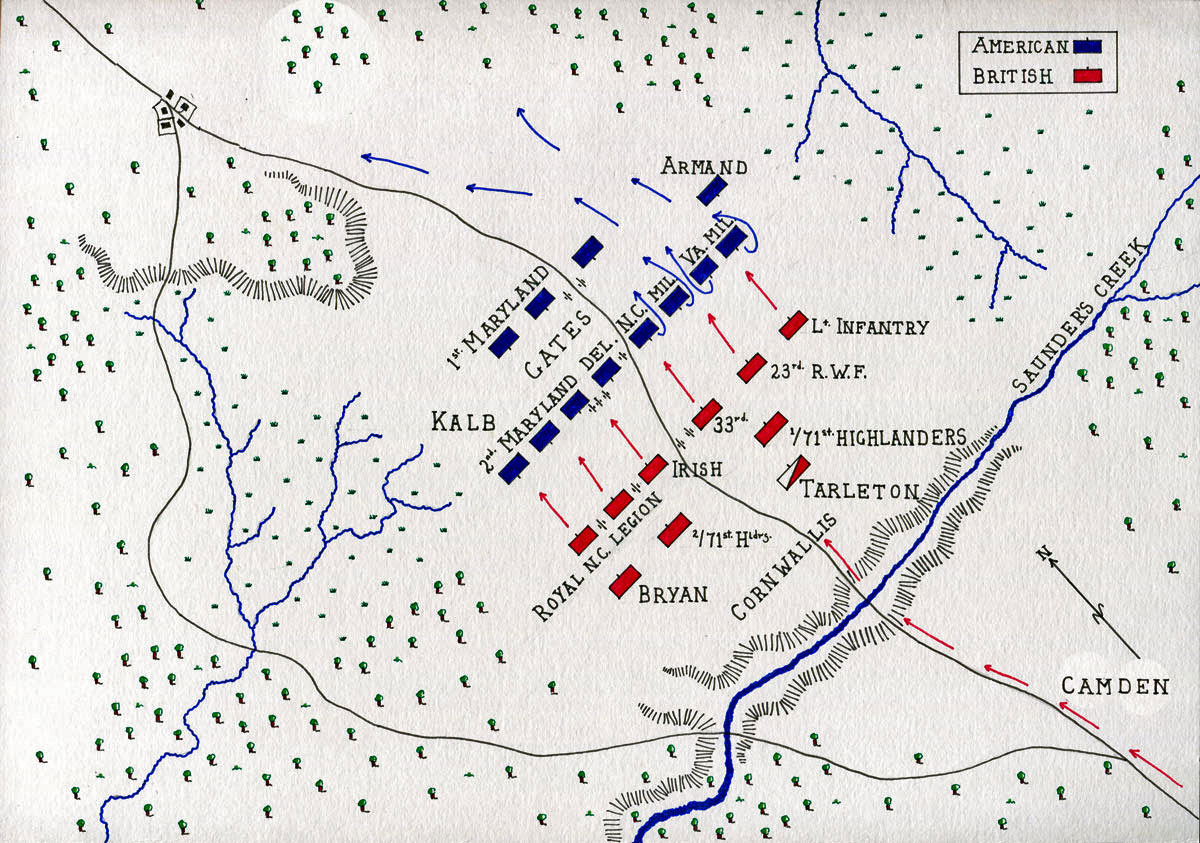 Map of the Battle of Camden on 16th August 1780 in the American Revolutionary War: map by John Fawkes

Account of the Battle of Camden:
On 14th August 1780, Cornwallis joined his troops in Camden, with the intention of attacking Gates.

During the night of 15th August 1780, the British force made a night march, which collided with the Americans, also advancing to the attack.

The field where the two armies met in battle lay between two swamps, narrowing the front and securing the flanks. 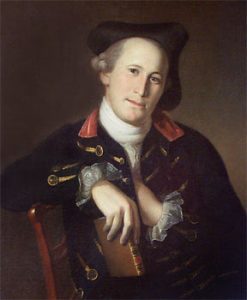 Cornwallis formed his army in two brigades; Colonel Webster on the right with the companies of Light Infantry, the 23rd Royal Welch Fusiliers, the 33rd Foot and two guns; Lord Rawdon on the left with the Irish Volunteers, Tarleton’s infantry, some loyalist provincial units and two guns. The two battalions of Fraser’s 71st Highlanders and the light dragoons of Tarleton’s Legion provided a reserve.

Gates drew up his army with the regiments of the Continental Army on the right under Mordecai Gist; comprising Kalb’s 2nd Maryland Regiment, 1st Delaware Regiment and three guns; his centre under Caswell, formed of the North Carolina Militia with two guns; and on his left, under Stevens, the Virginia Militia. Smallwood commanded the reserve of the 1st Maryland Regiment, with a further two guns. 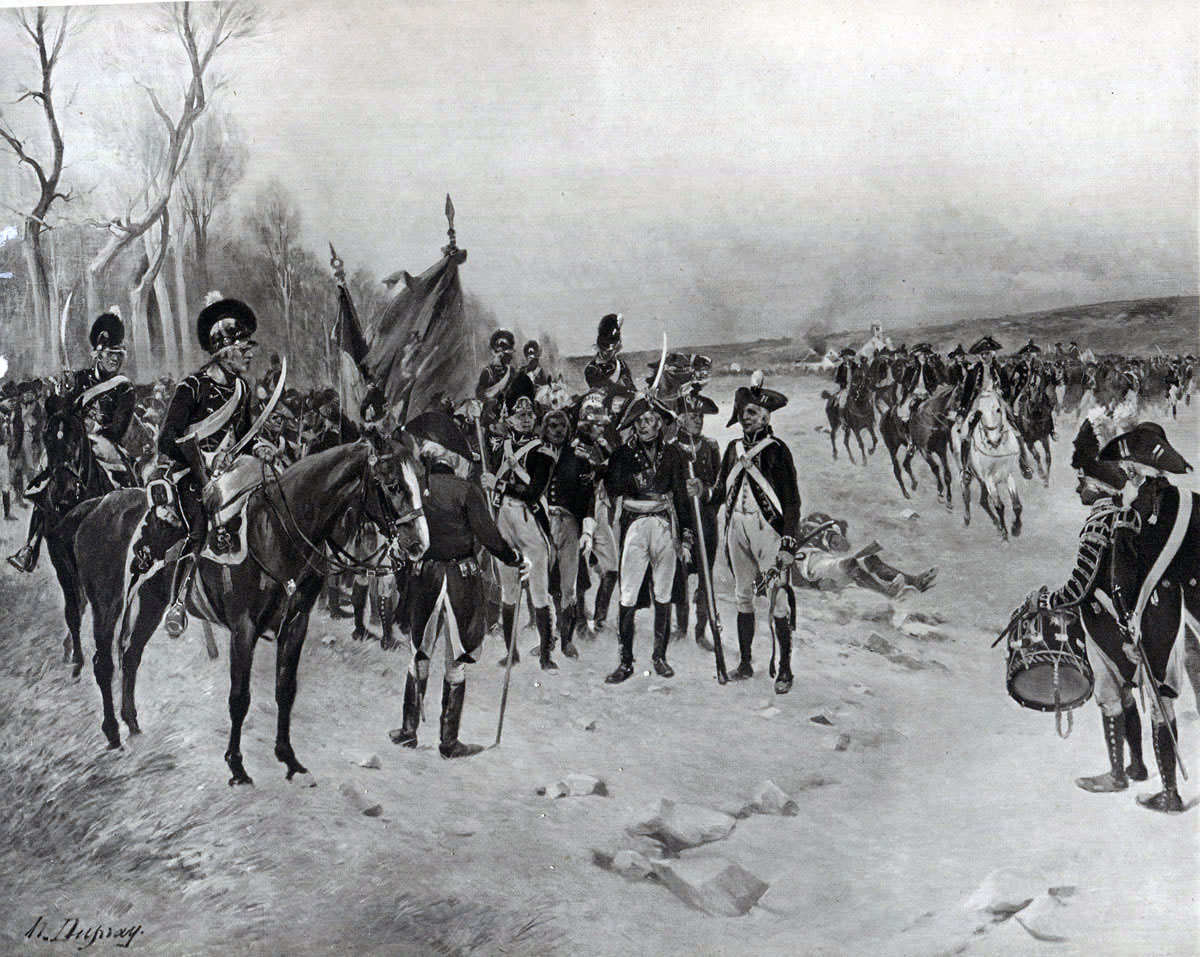 Gates ordered his left wing of Virginia Militia to attack the opposing British units. As the Virginians moved forward, the British launched a counter attack along the whole line. Ill-trained and mostly without bayonets with which to conduct close quarter fighting, the Virginia Militia retreated off the field, leaving Webster’s British regiments free to turn on the flank of the American right wing, where the Continental units were putting up a stiff fight, and continued to do so. Tarleton’s cavalry finally attacked the American right wing in the rear, causing the units to break. The British cavalry pursued the retreating Americans for some twenty miles. 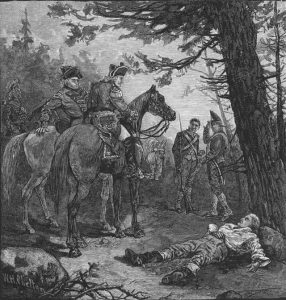 Gates, the American commander, appears to have left the battlefield with the first of the militia and ridden a considerable distance before drawing rein, leaving his subordinate commanders to fight on with the right flank. His reputation was destroyed. Baron Von Kalb, a German in the American service, particularly distinguished himself before being killed.

Casualties at the Battle of Camden:

Follow-up to the Battle of Camden:

The battle ensured the British hold on South Carolina for the time being. But as with all the British victories in the war, Camden provided only a short respite, before the inexorable course of American success continued. 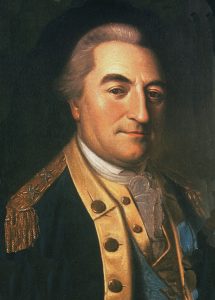 Anecdotes and traditions from the Battle of Camden: 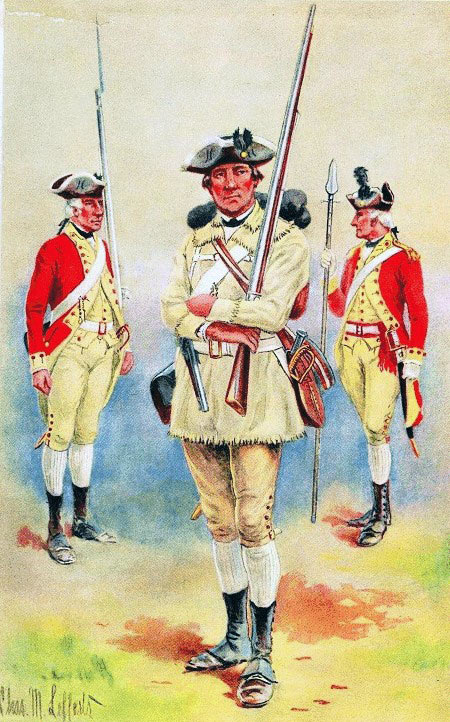 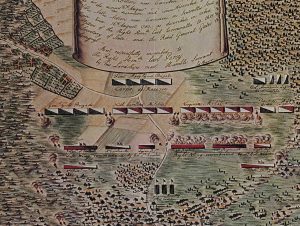 References for the Battle of Camden:

History of the British Army by Sir John Fortescue

The War of the Revolution by Christopher Ward

The American Revolution by Brendan Morrissey