You are here: Home / Wars of the Roses

The following battles of the Wars of the Roses are described and illustrated under this title: 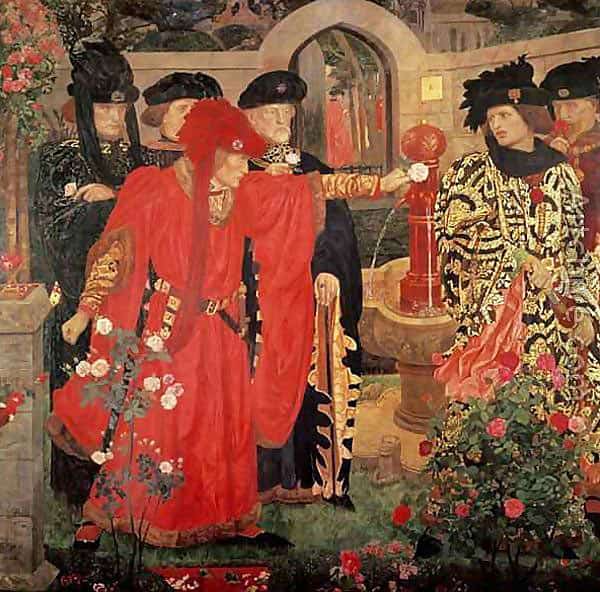 Yorkists and Lancastrians taking white and red roses in the Inner Temple Garden: First Battle of St Albans, fought on 22nd May 1455 in the Wars of the Roses: allegorical picture from William Shakespeare by Henry Arthur Payne

Battle of Blore Heath:  The battle fought on 23rd September 1459, at which the Earl of  Salisbury’s Yorkist army defeated a larger Lancastrian army, enabling it to join the Duke of York at Ludlow.

Battle of Wakefield 1460: Queen Margaret of Anjou’s crushing defeat of the Yorkists on 30th December 1460, with the death of the Yorkist leader, Richard, Duke of York and his young son, the Duke of Rutland.

Battle of Mortimer’s Cross:  Edward, Earl of March’s decisive defeat of Jasper Tudor, on 3rd February 1461, on the Welsh Border

Battle of Towton:  Edward IV’s crushing defeat of the Lancastrians on 29th March 1461, leading to his coronation as King of England

Battle of Barnet:  King Edward IV’s victory over his erstwhile ally, the Earl of Warwick, on 14th April 1471

Battle of Tewkesbury:  Final defeat of the Lancastrians on 4th May 1471, with the death of Edward Prince of Wales and the murder in the tower of King Henry VI, leaving the Yorkist King Edward IV free to continue his reign unopposed.

Battle of Bosworth Field:  Henry Tudor’s historic victory over King Richard III on 22nd August 1485, with the death of Richard and the establishment of the Tudor Dynasty as Kings and Queens of England. 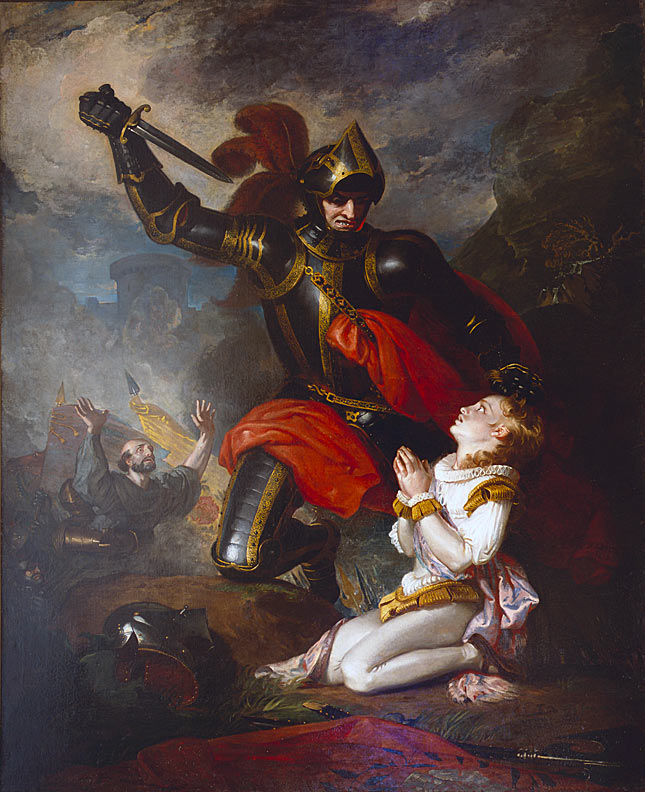 Murder of the Duke of Rutland by Lord Clifford, at the Battle of Wakefield on 30th December 1460 in the Wars of the Roses: picture by Charles Robert Leslie